How the government shutdown affected access to home loans

During the shutdown, borrowers seeking home loans from the Federal Housing Administration (FHA) experienced extended waiting periods for closing processes. Since this agency is federally funded, fewer FHA staff members worked during the 35-day shutdown. The absence of these federal employees created a backlog of closing materials and deferred consumer questions and requests temporarily.

Homebuyers living in rural areas have been most severely impacted, as many of them apply for government-sponsored loans. The US Department of Agriculture (USDA) did not issue new USDA mortgages during the government shutdown. In addition, the organization canceled many closings on home loans. As a result, homebuyers had to put off their closings until after the shutdown.

At the beginning of the government shutdown, the Internal Revenue Service (IRS) suspended its Income Verification Express Service (IVES), which provides tax transcripts for loan applicants. This primarily affected self-employed individuals who do not have W-2 reports or pay stubs to report their tax information to lenders. This made it virtually impossible for self-employed prospective borrowers to get mortgages.

However, the IRS announced that it would end the suspension of the IVES approximately three weeks after the beginning of the shutdown, according to Bankrate. Though there was a backlog in materials as a result of three weeks of short staffing, this development allowed self-employed individuals to attain home loans during the final stretch of the shutdown.

Certain mortgage associations have experienced little to no effects from the government shutdown. Investors Fannie Mae and Freddie Mac have conducted business as usual despite some speed bumps, including the IRS's delays on the submission of tax return documentation.

Although the shutdown has ended for the time being, the threat of another shutdown beginning Feb. 15 looms upon federal agencies, lenders and mortgage borrowers around the country. 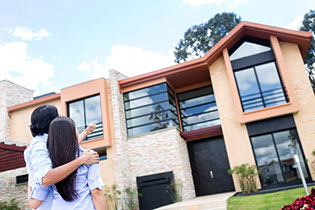